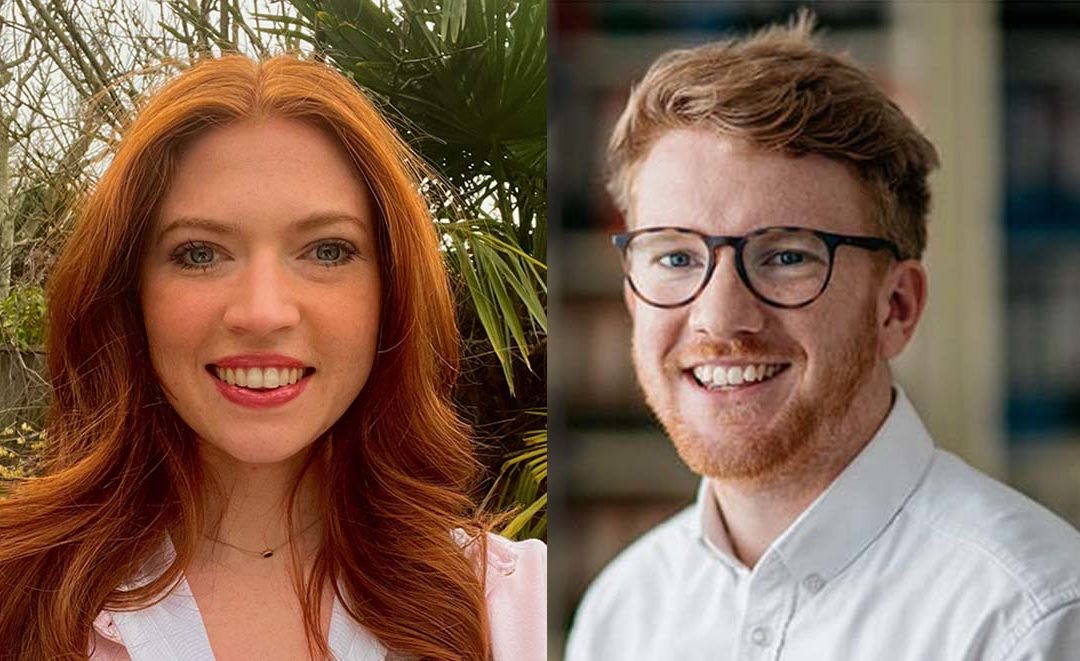 Many congratulations to Jason and Elise who have both been promoted to more senior positions within the Clarkson Alliance team.

Jason, who originally trained as a heritage stonemason,  started as an intern project manager with Clarkson Alliance nearly seven years ago and has diligently followed his training and personal development plan. In 2019 he achieved MRICS and recently secured his position of Senior Project Manager with us. He has created quite a name for himself within the industry and you may have seen that he was nominated in the prestigious RICS Matrics Young Surveyor of the Year Awards, 2021.

Elise, who studied quantity surveying at university where she was a sports ambassador,  joined us as an intern in 2019. She has continued to impress and we are delighted that she is now a permanent member of the team and working towards her MRICS qualification, which we will continue to support her in achieving.

‘Both Jason and Elise impressed from the start. Whenever possible, we look to support promising new talent and promote best practice within the industry.” David Chapell, Director of Cost Management

We provide our clients with the confidence to deliver exceptional outcomes on their projects. We strive to build high performing teams, and work collaboratively to ensure the best service.